In standard Bordetella laboratory SS culture, Na is used at micromolar concentrations required for sufficient NAD biosynthesis; however, phenotypic modulation of Bvg-regulated genes occurs at millimolar Na concentrations that would also potentially be sufficient to serve as a carbon source.

Conversely, the ΔnicA mutant was remarkably more sensitive to phenotypic modulation than the WT strain. Its cyaA-lacZ expression levels in 30 μM Nm were similar to those of the WT and the ΔbpsR mutant. However, compared with those strains, ΔnicA mutant expression of cyaA was significantly lower in response to all Na concentrations, with full modulation occurring at 1 mM. These results support the concept that the bacteria can sense and respond to fluctuations in intracellular Na pools.

Loss of BpsR-mediated repression would be predicted to enhance Na flux through the Nic catabolic pathway, making Na less abundant in the cytoplasm, thereby dampening the modulation response. Conversely, blockage of the pathway via nicA mutation would make Na more abundant in the cytoplasm, triggering modulation at concentrations that are insufficient to significantly affect Bvg-dependent gene expression in WT strains.

A diversity of bacterial species can degrade and use aromatic compounds as nutrients. Regulation of these pathways often involves a transcriptional regulator, the function of which is either activated or inhibited by binding the aromatic substrate (Parke and Ornston, 2003; Tropel and van der Meer, 2004; Hiromoto et al., 2006; Wang et al., 2014).

The Diaz group characterized the aerobic Na catabolic pathway of the γ proteobacterium P. putida and searched for orthologous systems (Jiménez et al., 2008). Rather than identifying other taxonomically related Pseudomonas or γ proteobacterium species, the strongest hits corresponded to members of the Burkholderiales of the β proteobacteria.

These included the predicted nic gene products of Bordetella species, which also had a highly similar gene organization. Bordetella locus 1 nic genes that differ from those of P. putida include those encoding the tripartite Na hydroxylase enzymes (NicA, NicB1, NicB2) that carry out the first step of the pathway, contrasting with P. putida NicA and NicB. Whereas the P. putida nic cluster has genes predicted to encode a porin protein and a major facilitator superfamily transporter, presumably for Na uptake, Bordetella locus 1 contains genes encoding a predicted ATP binding cassette transporter.

We were surprised to find locus 2, which P. putida lacks, with its duplicated nicEDXF genes. Since the locus 2 promoter-proximal gene encodes a predicted 2,3-dihydroxybenzoate decarboxylase, these genes likely function in other aromatic catabolism that uses the NicEDXF enzymes. Under the tongue

Recent studies produced recombinant B. bronchiseptica NicF and NicC in Escherichia coli, confirmed and characterized their maleamate amidohydrolase and 6-hydroxynicotinate 3-monooxygenase activities, respectively, and determined the NicC crystal structure (Kincaid et al., 2012; Hicks et al., 2016). These findings indicate that the B. bronchiseptica nicF and nicC products have the same activities as the P. putida enzymes.

Therefore, one might predict Bordetella growth stimulation via catabolism of Na to ammonium and products including fumarate that can enter the TCA cycle. Since relatively little is known of Bordetella metabolism, a systematic analysis of the effects of combinations of growth medium components will be needed to establish whether these organisms can use Na as a primary carbon and/or nitrogen source.

For pyridine auxotrophs like Bordetella spp., utilization of Na as a carbon or nitrogen source would need to be carefully controlled, especially if Na were the only available NAD precursor. P. putida NicR and Bordetella BpsR are members of the MarR family of regulators that typically bind effectors that modify their activity. Based on the present studies and those of P. putida (Jiménez et al., 2011), BpsR, like NicR, represses transcription by binding to upstream control regions of target nic genes. When BpsR binds the 6-HNa inducer, it loses its DNA-binding activity and the nic genes are expressed (derepressed).

By responding to the 6-HNa product of the first step in the Nic pathway, flux of Na into that pathway can be monitored and controlled. Derepression in the presence of 6-HNa allows the pathway to function in catabolism for the cell only when sufficient substrate concentrations are available. In our studies, a nicA mutant strain with an inactivated Nic pathway showed enhanced growth in 30-μM Na medium compared with growth of WT cells.

These findings suggest that even at concentrations of exogenously added Na that are insufficient for maximal induction of nic gene expression in WT cells, some portion of that Na may be diverted from NAD biosynthesis to the Na catabolic pathway.

Conversely, constitutive expression of the pathway in a bpsR mutant was associated with significantly reduced growth in the same 30-μM Na medium. Growth promotion of a bpsR mutant by a low concentration of Nm but not by Na suggests that the cell utilizes transported pools of Na differently than Na that is produced from Nm via PncA, which could be rapidly bound by PncB (Fig. 1). Since ectopic expression of de novo NAD biosynthesis genes rescued growth of the bpsR mutant, together our findings reveal significant interaction between NAD homeostatic mechanisms and the Na catabolic pathway. 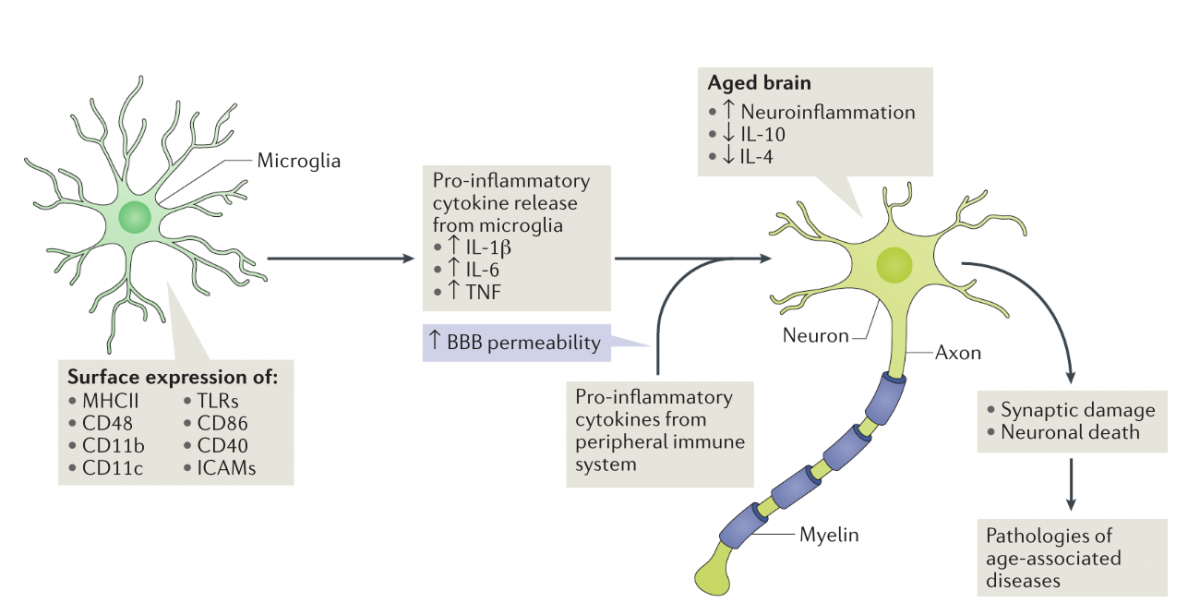 This review is published here:

One is near the SIRT1 gene, and the other is near the LHPP gene38. In particular, GWAS of individuals with severe subtype of MDD revealed an association with a single-nucleotide polymorphism (SNP) at the SIRT1 locus38. Another study found that genetic variations in SIRT1 have been associated with depression in the Japanese population39,40.

These studies suggest that an abnormal level of activity of SIRT1, possibly due to an increase in gene expression, could contribute to depres-sion. Consistent with these GWAS studies, brain-specific Sirt1‑knockout mice are less susceptible to depression than control mice42.

Interestingly, electroconvulsive ther-apy (ECT), which is one of the most efficient treatments available for depression, increases SIRT1 immunoreac-tivity in the hippocampus and hypothalamus of mice, although this effect may not contribute to the antidepres-sive activity of ECT60.

Whether the roles of SIRT1 and SIRT2 in hippocampal neurogenesis are related to their role in depression is not yetclear.Recent studies have demonstrated one molecular mechanism by which sirtuins may be linked to anxiety42. Upregulation of SIRT1 leads to anxiety by activating the transcription of monoamine oxidase typeA (MAO-A)42, which degrades neurotransmitters such as 5-HT.

Because MAO inhibitors maintain consistent 5-HT levels, these inhibitors are clinically relevant for the treatment of patients with anxiety and depression61. In addition, both common and rare genetic polymorphisms in SIRT1 have been found to be associated with anxiety and other psy-chiatric disorders42. In the same vein, SIRT6 may regulate anxiety-like behaviour induced by prolonged exposure of the central amygdala to corticosteroid62. Corticosteroids activate the glucocorticoid receptor (GR), which local-izes in the nucleus and suppresses corticotropin-releasing factor (CRF), thereby reducing anxiety.

A SIRT6–nuclear factor-κB (NF-κB) complex binds to the promoter region of the GR gene and suppresses expression through deacetylation of histoneH3 lysine9 (H3K9), leading to CRF expression62. Thus, inhibition of a specific sirtuin activity might be beneficial to attenuate anxiety-like behaviours, promoting healthyageing.Circadian dysfunction. Living organisms have daily rhythms (circadian rhythms) controlled by the master clock in the SCN, which maintains their physiological behaviours and homeostasis in response to environmen-tal changes.

With age, the number of neurons in the SCN declines in rats63 and rhesus monkeys64. The expression of glial fibrillary acidic protein (GFAP), a marker of astro-cytes, increases in the SCN of rats and rhesus monkeys, especially in the dorsomedial part of this nucleus63,64, whereas electrical activity in SCN neurons decreases in aged animals65,66.

In the SCN, expression of neuro-transmitters, including vasoactive intestinal peptide, vasopressin, 5-HT, GABA and other neurochemical compounds, such as calbindin, also declines with age. Such age-associated alterations of SCN neurons cause the functional decline in the SCN, leading to disruption of amplitude and period length of circadian behaviours. These changes have been linked to age-associated alter-ations in the expression of circadian clock-related genes.

Indeed, old mice (22–24months) display a more disrupted behavioural pattern and an inability to adapt to changes in the light entrainment schedule67. Interestingly, brain-specific Sirt1-knockout mice phenocopy these age-dependent circadian changes, whereas mice overex-pressing Sirt1 in the brain are protected from such effects of ageing67.

These results indicate that maintaining SIRT1 function in the SCN could delay the ageing process and might potentially promote lifespan.In a separate study, mice with an innate circadian period close to 24hours (as revealed in a constant dark environment) lived longer in the normal laboratory set-ting of a 12-hour light and 12-hour dark cycle than mice with circadian period significantly longer or shorter than 24hours68.

This finding suggests that mice forced to reset their clocks daily experience faster ageing, perhaps due to a desynchronization between their circadian cycle and the light cycle.

We infer that an ability to adapt well to a changing light environment may be one factor favouring longevity in the wild. This may be most crucial at later ages, when the function of the SCN is deteriorating.Sleep disruption. Sleep is one of the vital circadian behav-iours in organisms.

Notable alterations of sleep with age are poor sleep quality and delayed sleep onset latency, which is the length of time to accomplish the transition from wakefulness to sleep. Quality of sleep is determined by the quantity of delta waves (in NREM (non-rapid eye movement) sleep) in the electroencephalogram69,70

Garcinia Cambogia is a vegetable that grows mostly in South America. Recently there have been many studies on how Garcinia Cambogia can be used to help people lose weight. After a lot of time and research it seems that it does not only help people to lose weight but it also lowers bad cholesterol. One double blind study has some extremely surprising results. Their study participants lost up to 30 pounds and 2 inches around their waists using Garcinia Cambogia supplements.

Because of all of this new information there all kinds of products out there that contains Garcinia Cambogia to help people lose weight. They have it in syrup and powder forms. While garcinia cambogia was previously used to stop the body from turning carbs into fat this product may be even more effective. It has a sweet taste and is not only low in calories but low on the glycemic index as well. It is said to help people lose pounds, inches and even decreases your body mass index. While garcinia cambogia might have been effective and useful, now it seems that the other vegetable is the hot new thing it weight loss.

This particular veggie contains a substance called Fructooligosaccharide, or FOS. FOS is very important to the body. It is what makes the vegetable so sweet but it isn’t sugar. Because it isn’t sugar your body handles it differently that it would sugar. It starts out as inulin and is broken down slowly by the body into FOS. FOS acts as a prebiotic helping all of the flora, or intestinal bacteria, to make your body more sensitive to insulin and keeping bad cholesterol down. It does this by reacting with the flora, turning the FOS into short-chain fatty acids. The short-chain fatty acids are more important than even that. They also keep up your immune system and absorb nutrients to keep your overall health up.

Due to all of the ways that Garcinia Cambogia aids your body it is sold in several different forms so you can chose which is right for you. They have syrup, dried chips, the root itself, pills and even powders containing it. If you are going to buy it, be sure to read the label. There are a lot of less than reputable businesses that will use cheap fillers that you don’t want. You want it to contain this vegetable only if you are buying the syrup. Garcinia Cambogia pills are a different story. They have to contain ingredients to bind them so you may want to consult your doctor on reputable brands to get.